2022/03/03 Trucks
CHINA, March 3(chinatrucks.com)--On March 1, the first batch of 110 fire-fighting trucks was delivered and will be deployed in support of  the emergency rescue missions across Tianjin, Shandong and Heilongjiang provinces in China. 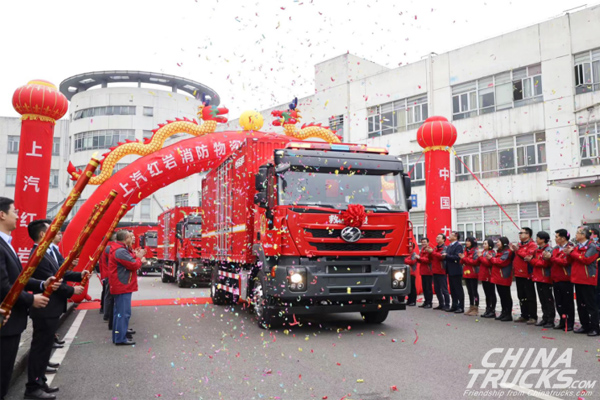 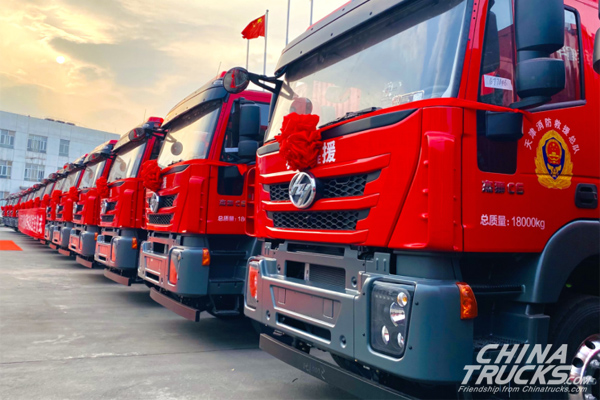 Tianjin rescue team gives a very high praise for the product quality and services after they use the products. The majority of the fire-fighting trucks delivered by Hongyan to Tianjin are Hongyan Genlyon C6 fire fighting vehicles, which will be distributed further to General Office and its division to transport supplies for fire-fighting missions. 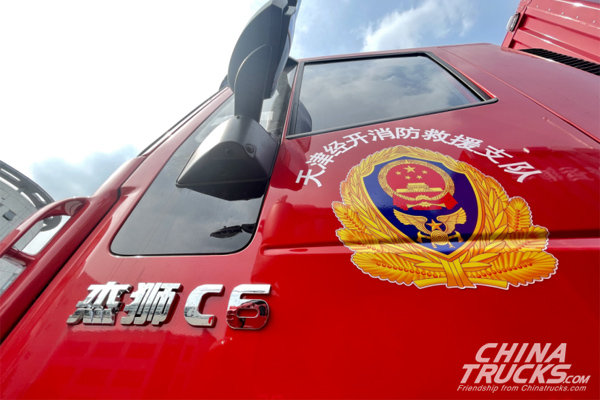 To meet the emerging demands for short and medium-distance transport, this batch of vehicles are powered by SAIC engines with a maximum 290Ps horsepower and a maximum torque of 1000N.m. In particular, the vehicles are fitted with Allison fully automatic transmissions that offer easy operation and faster acceleration, making the vehicle 35 percent quicker than a manual-transmission/AMT version of the same. These will enable the rescue mission to be carried out quickly and efficiently. 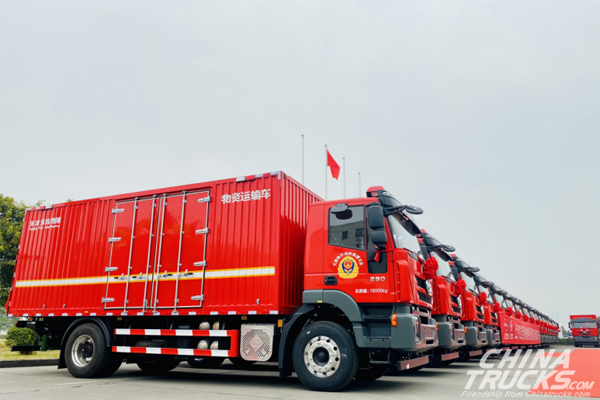 Furthermore, Hongyan Genlyon C6 adopts high-strength composite frame to ensure the delivery of supplies under various special environments such as natural disasters and fire accidents. With a strong load-bearing capacity and high-temperature, plateau and high-cold tests passed, it can operate with ease under various extreme conditions. Also it features a 360° panoramic view and reversing radar to improve the safety further.

Hongyan Genlyon C6 fire fighting truck is designed with surrounding area lighting with LED spread beam lights mounted on both sides of the roof and gallery. Meanwhile, it is characterized by a hinged door on the fire truck compartment and a rear door with a hydraulic tail plate for loading and unloading goods required in emergency rescue operations.