As of January 16, NIO had 1,311 battery swap stations in China, 348 of which are located along highways, according to data monitored by CnEVPost. The company also has 2,307 charging stations, offering 13,560 charging piles in China.

January 21-27 is the Chinese New Year holiday this year, and the week before the holiday is usually the peak of travel for people, especially this year with the lifting of Covid restrictions in China. From January 13 to February 5, all of NIO's battery swap stations along highways are open to owners for free, unlimited access and operate 24 hours a day, according to information shared by the company last week. Most NIO owners currently have the right to 4-6 free battery swap services per month. 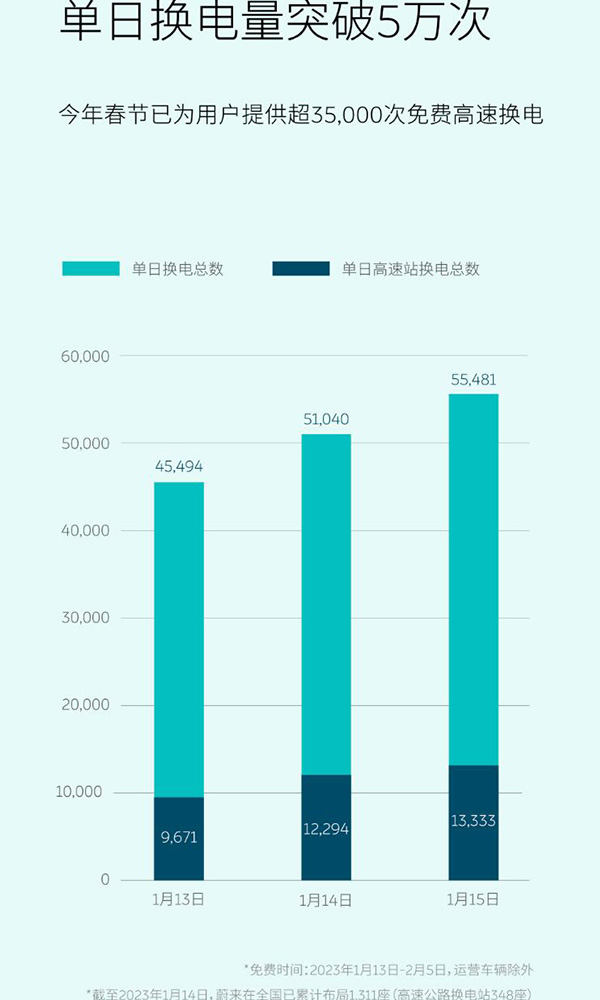 On July 5, 2022, NIO announced that it reached the 10 millionth battery swap service milestone, as the service has become the preferred method of replenishment for its owners over the past four years.

NIO completed its first battery swap station in Shenzhen on May 20, 2018. NIO owners were skeptical in the early days of battery swap, but as they have experienced the convenience of the service over the past few years, battery swap has gained widespread acceptance.

In addition to announcing the new battery swap station, William Li, NIO's founder, chairman and CEO, said NIO aims to have more than 1,700 of the facilities in China by the end of 2023.