NIO will launch the shooting brake variant of its electric sedan, the ET5, in the middle of this year to tap into a sizeable market in Europe.

NIO will release a shooting brake version of the ET5, a sister model of the ET5, in June or July this year, the electric vehicle company's co-founder and president Qin Lihong said at an event, according to a video clip circulating on Weibo. 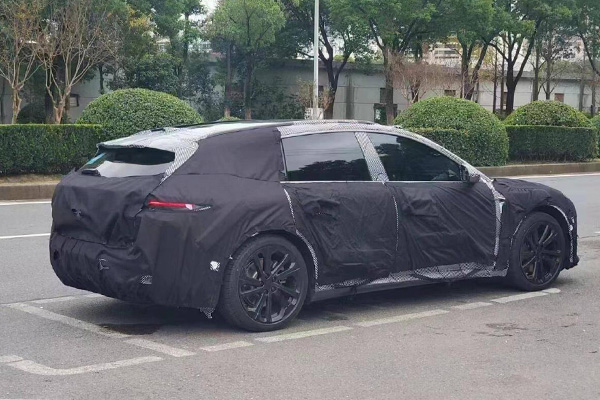 The shooting brake variant of the ET5 will debut in Europe, where the model has been developed for European consumers, Qin said.

The shooting brake model has a large market in Europe, while sales of sedans are low, which is the opposite of the situation in China, he said.

"Sedan derivatives are a niche market in China, but the opposite is true in Europe. We don't see many real sedans in Europe," he said.

The ET5 is the cheapest in the NIO product array, with a starting price of RMB 328,000 ($48,500). The model sold 7,594 units in China in December, placing it 7th in the ranking of high-end sedans with a starting price above RMB 300,000, according to a list published by the China Passenger Car Association (CPCA) on January 11.

It is worth noting that spy photos of what is suspected to be the NIO ET5 shooting brake had previously been circulating on Chinese social media.

On 23 November 2022, in a WeChat group where CnEVPost is in, a user shared a video showing a model suspected to be an NIO ET5 shooting brake.

The camouflage of the vehicle in the video is the usual NIO one, while the LiDAR on the roof and the camera layout are in line with all other models of the company's NT 2.0-based platform.

"It's already obvious in these pictures that the styling is a bit of a small SUV," the blogger said, adding that the model's interior is said to bring new surprises.

As Qin said, the shooting brake is a niche market in China.

However, the unexpected success of the Zeekr 001, the first model of Geely's Zeekr brand, has made such models increasingly popular.

Back at NIO, founder, chairman and CEO William Li said in a conference call after the company announced its third-quarter earnings on November 10 that NIO would launch five models by the first half of 2023 and would have a total of eight available models by June.

All three of NIO's models based on the NT 1.0 platform are expected to transition to the NT 2.0 platform for a better intelligent cockpit and greater assisted driving capabilities.

NIO launched the EC7 and the new ES8 at NIO Day 2022 at the end of last year, with deliveries of them in China to start in May and June respectively.

Earlier this month, the new ES6 has appeared on a regulatory declaration list.